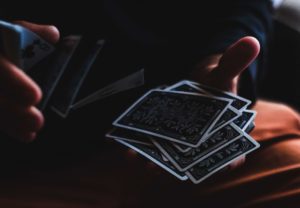 Hypnosis, when used as a therapeutic tool, is one of the most effective, non-invasive and safe forms of therapy. Unfortunately, many people have misconceptions about what hypnosis is all about, and are therefore missing out on the many benefits of hypnotherapy. The purpose of this report is to dispel the 6 most common myths about hypnosis.

Hypnosis is not magic. It is a natural state that every person experiences in some way, many times a day, every day of their lives. Have you ever been driving somewhere and when you get to your destination, you can’t remember part of the trip? Well you have experienced the hypnotic state. Or have you ever been talking to someone, and just drifted off for a second or too, and missed what they said? Again you have experienced the hypnotic state. The hypnotic state is also known as the daydream state. And everybody daydreams sometimes.

A lot of people think that they can’t be hypnotised because their will is too strong or they don’t have a weak mind. Everybody can be hypnotized, but only if they want to. It has been proven that the smarter or more intellectual you are, the easier it is for you to go into the hypnotic state. This is because the more creative you are, the easier it is for you to access your imagination. Under hypnosis, you can’t be made to do anything you don’t want to do. So it goes without saying that if you don’t want to be hypnotised, you won’t. But if you do want to experience the amazing power of hypnosis, then of course, you will be hypnotised.

Myth 3 – It Didn’t Work Because I Heard Everything You Said.

Many people think that when you are hypnotised, you are asleep. That is the furthest thing from the truth. When you are in the hypnotic state, you are in a heightened, focused state of concentration. You are awake, listening and focusing on my voice and the suggestions I am making to you. You are so focused on the processes being used, that nothing else exists. This is why most people can’t believe how long they were in the hypnotic state. Time was not important.

Myth 4 – I’ll Say Something Under Hypnosis I Didn’t Want To Say.

In the hypnotic state, you will not do anything against your morals, values or beliefs. And as stated before, you can’t be made to do anything you don’t want to do. This is why hypnotherapy is not only the safest form of therapy, but it is the most non-invasive. Your unconscious mind knows what the problem is and what the solution is. As a hypnotherapist, I will give you the tools and guide you on the path that will allow to arrive at that solution. You will not do or say anything you do not want to do or say.

Myth 5 – You Will Make Me Cluck Like A Chicken.

This myth has been conjured up due to Stage Hypnosis. Stage Hypnosis has had a large part in making hypnotherapy more acceptable today because it shows the power of hypnosis. The important thing to understand though is Stage Hypnosis is all about entertainment. The people you see doing funny and silly things on stage are the type of people that are the clowns at parties, the people that are uninhibited, that like to entertain people. Hypnotherapy is has the sole purpose of changing your thoughts to give you long lasting, permanent, positive benefits. Remember, you won’t do anything under hypnosis that you don’t want to do. So if you don’t want to cluck like a chicken, and you wouldn’t get any benefit out of doing so, it won’t happen.

Myth 6 – It’s Going To Be Hard To Make The Changes.

All change is made at the unconscious level. You can’t do something without thinking about it. So if you want to change a behaviour, all you have to do is change the way you think about that behaviour. And every thought comes from your unconscious mind. Hypnotherapy deals directly with your unconscious mind. And your unconscious mind is so powerful. Think of all the things you do “UNCONSCIOUSLY”. Things like breathing, walking, beating your heart, talking, repair cuts and scrapes and so on. All these things happen without us having to consciously think about them. By changing your thoughts through hypnosis at the unconscious level, you are doing it the easiest way possible. The changes will happen without you even having to think about them. They’ll just happen. How much easier can it be than that.

So there you have it. The 6 most common myths about hypnosis blown out of the water. Knowing how powerful, effective, non-intrusive and safe hypnotherapy is, it is a wonder why people persevere with problems and issues they have in their lives.

If you would like to know more about hypnosis, or if you have any queries about hypnotherapy, contact us here.